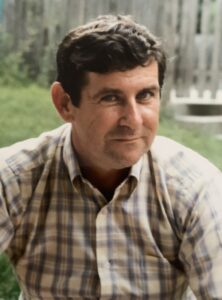 Thomas M. Markt, 76, of Mansfield passed away on Saturday, December 8th, 2018 at Massachusetts General Hospital with his family by his side.

Tom is survived by his wife, Ruth (Chaisty) Markt; his four sons David, Michael and wife Lisa, Daniel and fiancé Kathryn Daly, and Kevin; two grandchildren, Michael and Anthony; and his two dogs, Cousy and Neely.

Tom was a lifelong member of the town of Mansfield. Raised in Mansfield with his parents, Edmund and Harriet (McIntyre) Markt, and his brother Robert. Tom graduated from Mansfield High School in 1960. Tom committed his life to service for his country, serving in the Vietnam War, before returning home to commit his time to the town of Mansfield. There, he served on the Finance Committee (1979-1983), the Board of Selectmen (1988-1991), and also served as an auxiliary police officer for the town for over twenty years.

When Tom was not committing his time to the town of Mansfield, he worked for Bird-Johnson Company for over twenty years. Tom also served as a security officer at Foxboro Stadium, the home of his beloved New England Patriots. Tom spent the last 15 years of his life enjoying time with his family and dogs on the front porch or in his childhood home, where he religiously rooted for all of his favorite Boston sports teams.

Visiting hours will be Monday, December 17, 2018 from 9-10:30AM in Bolea-Amici Funeral Home, 115 North Main Street, Mansfield, MA 02048 with a funeral Mass to follow at 11AM in St. Mary’s Catholic Church, 330 Pratt Street in Mansfield. Friends and Family are kindly invited to attend.

In lieu of flowers, donations can be made in Tom’s memory to the Attleboro Visiting Nurses Association and the Mansfield Fire Department. In Tom’s toughest days, the Attleboro VNA and Mansfield FD were there to provide exceptional care.