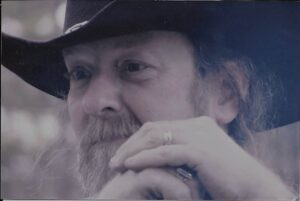 Tim lived a life dedicated to family, friends, learning and adventure. He was born Wakefield Timothy
Anderson on June 20, 1948 in Worcester, MA to Paul and Kathleen “Betty” Anderson. Growing up on a
farm in Middleboro, MA, Tim spent many hours exploring the woods and developing his love of reading.
A voracious reader his entire life, Tim was never far from a book and was always quick with a
recommendation. He developed a talent and passion for chess at a young age and continued to take the
king of almost everyone who sat across the board from him. He also spent many cherished summers on
Sampson’s Pond in Carver with his family, playing tennis, horseshoes, sailing and celebrating with clam
and lobster bakes. Sailing in particular was a favorite pastime for Tim, whether sailing in Narragansett
Bay, exploring the Chesapeake, long trips along the eastern seaboard, or spending the night in his
beloved Cuttyhunk; Tim loved to be in tune with the rhythm of the ocean and was always ready for his
watch. He passed this love of sailing on to his nephews and nieces, as he taught them to read the wind
on the water.

Tim had a strong love of learning, after graduating from Tabor Academy, he went on to study Sociology
at Suffolk University, and earned both a Masters and PhD from Boston University and his Post-Doctoral
Degree from Harvard University. Tim shared this love of learning as a professor of Sociology at Bentley
University for 34 years. Tim impacted the lives of the students he came in contact with through his
passion for teaching, understanding of complex subject matters and the authenticity he brought to the
classroom. His use of the talking stick, and the reverence for the act of teaching were a few of a myriad
of reasons for which he was awarded the Adamian Award for Excellence in Teaching. He frequently
remarked that he felt blessed to be able to spend his life doing what he loved. As a recognition of his
dedication to teaching, a scholarship in his name has been established at Bentley University.
Montana also played a very special place in Tim’s heart. He began visiting his western cousins from
early on and loved the big sky country and western way of being. In 1992, after spending his sabbatical
working at the Little Big Horn College, he was adopted into the Crow Tribe. After that time he was easily
recognizable on the campus of Bentley with his black cowboy hat and boots. Many summers he would
bring students out to Montana to learn from the tribal elders. Later, visiting his daughter and grandson
for extended visits, he discovered fly fishing.

Tim had an insatiable drive for social justice and concern for his fellow humans. For those of us who
loved Tim, we will deeply miss his special sense of humor and that twinkle in his eye. He was an
unabashed jokester who had a way with words, whether in a lively debate or in deep conversation. His
gift for language and oration made him an incredible public speaker, and he was called upon for moving
Thanksgiving toasts. He was a competitive man, whether playing cards, billiards, horseshoes or so many
other games with family and friends. He would never let anyone win, which is perhaps why so many
took great joy in the rare time one was able to get a victory. He loved a wide variety of music, fine food
and drink, travel and hosting happy hour at the cottage.

He is survived by his wife Teri, his daughter Sara and his beloved grandson Jack. He is also survived by
his sister Kathleen and countless cousins, aunts, nephews and nieces whom he cherished. A celebration
of life will occur in 2021 when we are able to get together again and celebrate Tim as he would have
wanted.