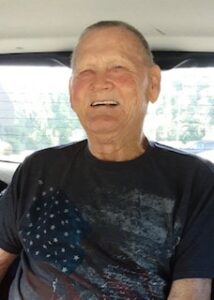 Mr. Walter G. “Pup” Patterson Sr., of Lowell, MA., passed away July 7, 2019, at the age of 78 at home with his wife Laurie and his family by his side. Born in Boston, MA on February 4, 1941, he was the son of the late, Garnet S. and Minnie E. (Thayer) Patterson. He served in the United States Marine Corps from 1960 to 1964 and then he worked for Georgia-Pacific and Baker commodities as a truck driver until his retirement in 1997.

He enjoyed fishing, working in his garden and taking trips to the casino. He was a friend to everyone he met and would help do anything for anyone. He will be missed by all who knew him.

Surviving him is his wife, Laurie Patterson; his two sons: Walter Patterson Jr. and David Patterson and his wife Kelly; his daughter, Karen Kerchner and her husband Mike; five grandchildren: Tyler, Megan, Ashlee, Maria and Brianna; a great-grandchild, Finn; two brothers: Bobby Patterson and Kenny Patterson; a sister, Laura Tessier as well as many nieces, nephews, cousins and friends. He was also the brother of the late, Jackie Patterson and Nancy Bainton and he was the husband of the late, Billie H. (Feeney) Patterson.

Special thanks to, Ana Hernandez and Jeyline Marte, his care takers who meant the world to him and his hospice team.

Please join us for a Celebration of a Life Well Lived, on Saturday, July 27th from 3 to 7 pm at the home of Karen & Mike Kerchner, 85 Delmont Ave.,
Lowell, MA, as we gather to remember our loved one Walter “Pup” Patterson.