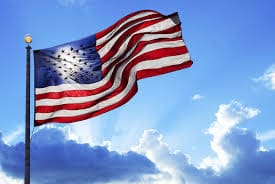 Walter R. Warren, age 90, passed away peacefully at his home with his wife and family by his side. He was born September 20th, 1929 and was a lifelong Malden resident.
He is survived by his loving wife, Martha E. Warren (Prince) of 64 years. They met in 1952 at Mrs. Bell’s Donut Shop in Malden Square and began their amazing life together. He is further survived by his sons, George Warren and his wife Annemarie of Malden, Walter Warren Jr. and his wife Cheryl of Yarmouthport, Russell Warren and his wife Laurie of Peabody, Sean Diebley (Warren) and his husband Jason of West Independence, Ohio, Thomas Bourgoin and his wife Julie of Newtonville, James Bourgoin and his wife Barbara of Sarasota, FL and Michael Warren of Lynn; his daughter Robin Cote’ and her husband Richard Silvestro of Bourne; granddaughters Marylou Lareau (Griffin) and her husband Thomas, Molly, Nicole Shevory (Warren) and her husband John-Paul, Caroline, Rebecca and Madeline; grandsons Frazier and Nate; great-grandsons Kevin and Walter; and great-granddaughter Katie. He was preceded in death by his daughter Michelle Magrath.

Walter and Martha also lovingly welcomed many foster children into their home throughout their life together.
Walter was a proud Navy veteran of the Korean Conflict serving honorably on the Aircraft Carrier USS Roosevelt. After completing his service, he returned to Malden where he served on the Malden Police force for 31 years before retiring in 1994. During his tenure on the police department he was instrumental in establishing the first K9 unit and many Malden residents will remember him as the dog officer for the City of Malden. Walter and Martha also owned the Shadow Box ceramic store on Exchange Street in Malden for over 30 years. He was a devoted husband, father and friend who cherished spending time with his extended family. In his spare time he was an avid softball player, enjoyed skiing, playing cards with family and friends and spending summers on Pinehurst Beach in Wareham. In his retirement he enjoyed traveling, gambling trips with his friends and bragging about his children, grandchildren and great-grandchildren.

At the family’s request, a private service will be held. Donations can be made in Walter’s name to the Disabled American Veterans (D.A.V.) on 85 Willow St. Malden, MA 02148 – davmamalden85.org.