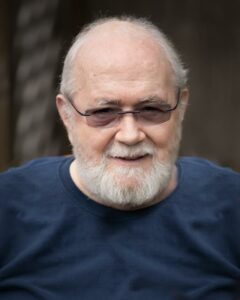 Wayne D. Strong, Sr., 74, died October 2, 2019 at home in Melrose after a long illness. He was
the husband of Kimberly (Riker) Strong with whom he shared 34 years of marriage.
Born in Boston on October 18, 1944, he was the son of the late Walter and Helen (Pasquale)
Strong.
Wayne enjoyed music which led him to sing in a number of groups over the years including, The
Strong Brothers, The Chosen Few, Uptown Acapella, and Willis, Paris, Chase and Strong
(W.P.C.S.)
After retiring from Boston EMS where he was an EMT for over 20 years, Wayne enjoyed riding
his Harley Davidson around New England. Despite the temperature, he rode year around and
was a well known customer at “The Dew”, a gathering place for bikers at the end of Lake
Quannapowitt in Wakefield.
Midlife, Wayne gave his heart to the Lord Jesus Christ and made sure to spread the Gospel to all
those he came in contact with.
In addition to his wife Kim, he is survived by his five children Wayne “Buddy”, Scott, James,
Melissa, and Jesse, his brothers Lawrence and Mark and his sister Jacqueline, eleven
grandchildren and several nieces and nephews.
Visitation will be Monday, October 7, 2019 from 3-7pm at Boston Cremation 287 Main St.,
Malden. A short memorial service will take place during the final hour of this visitation.
In lieu of flowers donations may be made in Wayne’s name to St. Jude’s Children Research
Hospital 262 Danny Thomas Place, Memphis, TN 38105 or donate online at stjude.org or Care
Dimensions 75 Sylvan St. Unit B-102, Danvers, MA 01923 or online at give.caredimensions.org