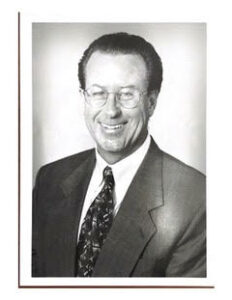 MARBLEHEAD, MA – William Mahlon Purdin, 73, passed away peacefully at the Kaplan Family
Hospice House on July 15, 2021 after a courageous battle with colon cancer.

Bill was born in St. Paul, Minnesota on July 31,1947 to William Mahlon Purdin, Sr. and Ida
Katherine DeWitt Purdin. He was the younger brother of Judith Purdin Pyart of Saundersfoot,
Wales, Marcia Purdin Ordway (deceased), and step-brother Michael Hanson of Maryland.
Tragedy struck this young family when Bill’s biological mother died at the age of 36, leaving her
husband to raise the three children by himself. Billy was only three years old. It was with a little
bit of luck that the Episcopal priest from their church decided to play matchmaker for Bill’s
father. Margaret Fern Duke was also a member of this parish, and the mother of one son,
Michael. Bill Senior and Margaret began a friendship which turned into marriage, and they
became the new, blended Purdin family.

Bill Purdin, Senior was moving up the corporate ladder and soon moved his family to Wichita,
Kansas, where Billy remembers having to hide in the basement during the tornado seasons.
Their next move was to Littleton, Colorado, and Bill loved the great outdoors, riding horses
with his best friend through the Colorado countryside. The family’s next move was to
Marblehead, Massachusetts, when Bill was about 10 years old. Bill remembers feeling like
Marblehead was finally his “real home,” and he has many wonderful memories of growing up in
there. When Bill was about to become a senior in high school, his father made his next career
move to New York, and the family moved in Stamford, CT. As hard as it was for Bill to leave
Marblehead and the friends he had made, he made new friends in Stamford. At the end of his
senior year, he was admitted to the University of Connecticut at Storrs. Again, Bill was great at
meeting people and making friends, but forgot that he had to study, too; so he dropped out of

UConn and joined the navy where, after training, he served two tours of duty in Vietnam on the
River Patrol boats. He returned home on July 20, 1969, the day the first man walked on the
moon.

Upon returning from Vietnam, Bill knew he wanted an education. His parents had made one
last move to Silver Spring, Maryland, so Bill enrolled in the University of Maryland, and this time
remembered to study. He did so well, that after graduation, he went out to the University of
Indiana where he was enrolled in a doctoral program for political science and Russian studies.
When his doctoral advisor dropped dead in front of Bill halfway through the program (and
perhaps because of PTSD from Vietnam), Bill decided not to complete the program, and he
came home to Marblehead.

For the next few years, Bill worked at Hood Sailmakers before taking on a job in advertising
sales at the Marblehead Messenger, one of the town’s two weekly newspapers. At the
Messenger, he met Joy Hooper, who would become his wife in 1980, and mother of their
daughter, Blythe. Bill and Joy celebrated their 40th wedding anniversary in November 2020.
He then had the opportunity to work in the advertising sales department of the New York
Times, the newspaper that his high school teacher, Henry Juncker, had introduced him to many
years before. Although Bill left his position at the NY Times after several years, he continued to
read the paper daily for the remainder of his life. Being a creative soul, and because he always
loved Marblehead, Bill decided to start Marblehead Magazine in 1979 which was published for
12 years. As well as the magazine, Bill began his advertising agency, Legend, Inc., where he
worked on over 18,000 projects over the next 40 years.

Bill was an avid swimmer and a member of both the JCC and the YMCA. He loved playing golf
and was a member of Tedesco Country Club for many years. He began rollerblading for
exercise because it looked like so much fun; and, to celebrate his 50th birthday, he rollerbladed

the seventy-five miles from Marblehead to Provincetown. From sailing, to owning a Boston
Whaler, to ocean kayaking, to scuba diving, Bill loved being in, on, or under the water. To
complete his bucket list, he took a tandem skydive at the age of 54, which turned into 10 years
of skydiving and earning certifications to teach skydiving. He had 1600 skydives before putting
away his parachute for the last time.

Throughout Bill’s life, he was an avid poet and writer. Bill wrote over 27 books of poetry, and
found an audience on pathetic.org, a poetry website, where many of his poems were viewed
thousands of times. He began writing a science fiction novel over 20 years ago, that turned into
a trilogy. In the last 10 years of life, he saw that dream come to fruition when he self-published
the three-volume series. The trilogy, beginning with The Rise of Farson Uiost, is set in a utopian
future, because Bill hoped there would be a time when people saw each other without
prejudices and could just see just the good in each other.

Aside from trying almost every sport imaginable, Bill was always one to give back to his
beloved home town. Starting out as assistant-dog officer to Bobby Orne when he returned

from Vietnam, he kept Fort Sewall clean and helped Bobby with caring for our town’s four-
legged friends. He was appointed next to the Conservation Commission, then later appointed

to the Finance Committee where he was a member for nine years. After the Finance
Committee, he felt very blessed to have been voted to the Board of Selectmen for nine years in
a row. He was especially proud to be part of organizing the town’s 350th celebration, when
U.S.S. Constitution came out from Boston and anchored in Marblehead Harbor for the
celebration.

But he always said his greatest loves were his wife, Joy, and their daughter, Blythe, and he was
forever grateful to them for enriching his life in all the most important ways. They will miss him
deeply, as will his many friends. A celebration of life will be held at a later date.

In lieu of flowers, donations may be made in Bill’s memory to www.caredimensions.org or
www.marblehead.dollarsforscholars.org.