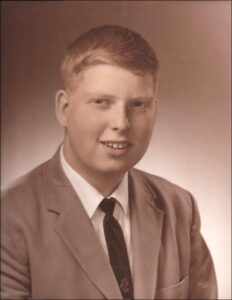 William Walter Grover Jan 21, 1949 – June 3, 2013 Age 64 Bill was a lifelong resident of Winthrop, Ma and graduated from Winthrop High School in 1967. He attended Salem State College and was employed by Blue Cross / Blue Sheild as a Claim’s Examiner. He worked for Blue/Cross of Boston, Ma for 24 1/2 years until his retirement 20 years ago. He is survived by his mother Patricia A ( Reardon ) Grover and was the eldest son of the late Herbert W. Grover. He was the Grandson of the late Cyril S. and Annie Fitzgerald Reardon and the late Harold L. and Josephine Solberg Grover. He was the Nephew of Robert Grover of Bellingham, Gladys Kiley (Grover) of Framingham. The late Edward Grover, Frederick Grover and Harold L Grover of Revere , and the late William F. Reardon of Atlanta, Georgia. He was also survived by 10 first cousins. He is survived by 2 brothers and a sister: John S. Grover, Karen J. Bodvar both of Winthrop, Ma and Richard L. Grover of Medford, Ma. Sisters-in-law: Sandra Heron Grover and Lisa Brace Grover and brother-in-law Paul J. Bodvar He was the Uncle of 7 Nephews , a Niece and a Step-Niece and 8 Grand-Nephews and Nieces. **A Memorial Service will be held for William ( Bill) Grover on Monday,June 10, 2013 at 10 AM at Saint John the Evangelist Church 320 Winthrop Street Winthrop, Ma 02152