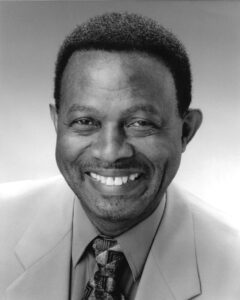 Willie Sheriff was born on July 6, 1930 in Manning, SC to the late Arthur and Rita Sheriff. He was the beloved brother of the late Earline Allen. Always a precocious child, Willie graduated two years early from Booker T. Washington High School in Norfolk, VA after two double promotions. He sang and taught himself how to play the piano, harmonica and ukulele. He loved to perform magic tricks and rode a unicycle. When he was drafted into the U.S. Army, he chose to enlist in the Air Force instead. After his tour of duty, he earned a BA in Sociology at Northeastern University and attended Suffolk University Law School. He worked for the MA Welfare Department as social worker, social work supervisor and community service center director for 33 years. He earned a reputation for being a consummate professional and leader in state government. Following his retirement, he worked in Human Resources for FEMA for 15 years. He was also a respected tax advisor. In his spare time, Willie loved piloting a small plane from Mansfield to Martha’s Vineyard. He loved to share his passion for flying with his family and friends. He held leadership roles as a Mason in the Paul Laurence Dunbar Lodge #19, Prince Hall, Shriners, and the Woodbine Club. He was an accomplished orator, well known for his ability to captivate an audience with an animated rendering of a poem, story or joke. Willie leaves to mourn their loss his wife of 53 years Sybil Grannum Sheriff; two sons Michael Sheriff and his wife France Sheriff and William Sheriff and his wife Julia Sheriff; grandchildren Mark Sheriff, Michael Jones, Nichelle Mungo, Lillian Vallee, Richard Sheriff, Taylor Sheriff, William Sheriff, Jr., Kennedy Sheriff, and several great grandchildren, nieces and nephews. Funeral Service at 10:00 AM on Monday, September 29, 2014 at Twelfth Baptist Church 160 Warren Street Roxbury, MA 02119 Rev. Dr. Arthur T. Gerald officiating Burial with military honors will follow at Mt. Hope Cemetery, 355 Walk Hill St., Mattapan, MA.