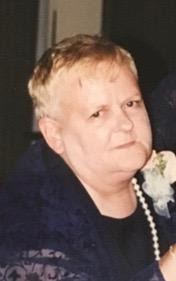 Born in Woonsocket Rhode Island on May 9, 1941. Barbara entered the workforce as a teenager to care for her siblings. She worked as a nursing aide in Central Falls and later at Woonsocket Hospital She spent the better part of her adult life as an employee at Tech Industries in Woonsocket .Barbara truly lived life to the fullest through simple pleasures; chatting with friends and family and of course her beloved fur companion Leah. She adored spending time with her grandchildren and took great pleasure in crafting quilts for them. As a Mother she was the central figure in the lives of her children. Anyone who knew them knew that she was a star in their eyes, and that’s all that ever mattered to her. She was a strong, determined and fiercely independent woman. We will miss her every day.

A private burial service will be held for family members. In lieu of flowers donations to honor Barbara can be made to The Sharon Firefighters Association 211 South Main St Sharon MA 02067. The family wishes to thank all of those who cared for her especially the nurses at Norwood Hospital and St Elizabeth’s Hospital during these especially trying times.