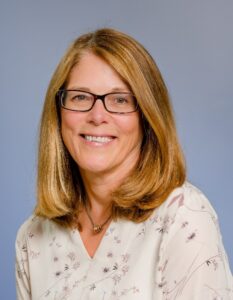 Renee Carolyn Mansfield passed away peacefully on September 20, 2018 surrounded by her family and friends after a hard-fought battle with cancer at the age of 61. Renee is survived by her husband Samuel Hoffman of Uxbridge, MA and her two daughters Casey Hoffman of Belmont, MA and Meryl McGrath (Hoffman) and son-in-law Justin McGrath of Natick, MA; siblings Christopher Mansfield, Kyle Mansfield, and Rachel Mansfield all of Connecticut; and many nieces, nephews, and extended family. Renee is predeceased by her parents Mike and Adina Mansfield also of Connecticut.

Renee was born in Wurzburg, Germany on May 10, 1957 where her father was stationed as a member of the U.S. Army. When her family returned to the U.S. in 1958, they settled back in Connecticut where Renee graduated from Newington High School. Renee received her bachelor’s degree from Southern Connecticut State College and then earned her master’s degree from the University of Kansas. Renee spent most of her career as an employee of the New England Center for Children where she most recently served as Executive Director of the Autism Curriculum Encyclopedia (ACE). The ACE is designed to help educational institutions support students with autism. Renee was regarded as an extraordinary innovator and leader by her all of her colleagues.

Renee was completely devoted to both her immediate and extended family and often planned large family vacations for the entire crew. From castles to camping, Renee loved travel and had an adventurous spirit. An avid sports fan, she cheered the Boston Red Sox, New England Patriots, New England Revolution, and the Kansas Jayhawks and enjoyed attending games with family and friends. Her tastes in entertainment ran from sports all the way to Broadway, where she attended multiple shows each year in New York City. In her spare time, Renee was an avid photographer, family historian, and baker. She and her husband Sam considered themselves “beer connoisseurs” and loved travelling to breweries throughout New England and beyond. Renee’s grounded and open-minded personality was an inspiration to, and an influence on, all who knew her. She was a role model and hero to many.

In lieu of flowers, the family requests donations be made in Renee’s memory to one of the charities that were important to her, including the ACLU and Planned Parenthood. Also accepting donations to the pancreatic cancer action network. https://www.pancan.org/

A celebration of Renee’s life will be held on Sunday, October 14th from 2:00 – 5:00 p.m. at the Hunnewell Cottage at Elm Bank in Wellesley, Massachusetts. A brief memorial program will begin at 2:30 p.m. Guests are welcome to arrive early and walk the beautiful grounds of Elm Bank. https://masshort.org/the-gardens-at-elm-bank/