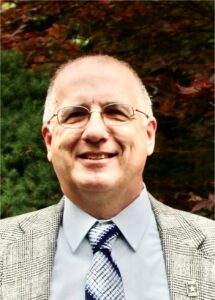 Andrew Tabak of Brookline, New Hampshire, passed away from cancer on January 26, 2022. He was 65 years old. Andrew is the son of the late Antoni Tabak. He is survived by his wife Ying Tabak, son Louis Tabak, mother Eleanor Tabak and brothers Leon and Stefan Tabak.

Andrew earned his B.S. in mechanic engineering from Worcester Polytechnic Institute in 1978. He served in the U.S. Army for four years and followed with 16 years as a reservist, retiring as a Major. Duty Stations included Fort Riley, Kansas and Fort Bliss, Texas. There were deployments to Canada and Germany for the NATO Reforger exercise. After his active-duty service, he was employed as an engineer at RCA then as a senior system safety engineer at Raytheon where his work included the Patriot missile defense systems. Since 2001 Andrew engaged in research and writing history books. He published “An Unimportant Ship: The Brig Pavilion 1829-1863”. The book was inspired by a painting of the ship that he first saw as a child above his aunt’s mantle. He also published “From Boys to Men”, a book about the history of Fort Devens in Massachusetts. Both are available on Amazon.

Andrew was active with curating and supporting the Fort Devens Museum. He created several of the displays including a large-scale model of one of the barracks that were built during WWII. Andrew was certified in SCUBA in high school and continued the hobby for many years. He was a licensed pilot and hoped to return to flying. Andrew enjoyed model making, genealogy, home projects, and travel. He particularly enjoyed his trips to China to visit his wife’s family and had many stories to tell about his adventures there.

Due to COVID, Andrew’s funeral will be private. A celebration of Andrew’s life will be held in the summer at a time to be determined.