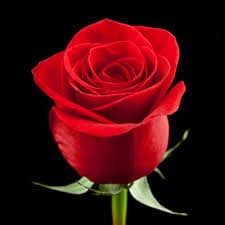 Anne P. (Tricia) Bridgham, age 64, passed away peacefully at her sister’s home in Reading MA, on Saturday, December 2, 2017. She was born in Medford MA, grew up in Malden MA and was a long-time resident of Bethlehem NH. Anne graduated from Malden High School, earned an Associates Degree in Radiologic Technology, and served in the Navy.

Anne was actively involved in the Catholic Daughters of the Americas organization, and supported adoption of at-risk pets through Second Chance Animal Rescue in Littleton NH. She accepted and embraced everyone, regardless of their differences and imperfections. She taught us that the richest among us are not those whose fortunes lay in banks, but in friends and in family, especially those that rally around us during the hardest of times. In that sense, she may have been one of the wealthiest people we knew.

Anne was the loving daughter of the late Jerry and Mary (Hurley) Bridgham. Loving niece of Pauline Skingsley of Cotuit, Anne Hurley of Brighton, and Bill Hurley of Michigan. Dear sister of Mary (and Bryan) of Marshfield, Bill (and Deb) of Lynn, Jerry of Plymouth NH, Joan Minear of Reading, Cathy Knowles of Londonderry NH, and the late Polly Langen of Connecticut. Coolest aunt of several nieces, nephews, grand nieces and grand nephews. Beloved friend of Paul Reuben of Bethlem NH.

In lieu of flowers, donations can be made in her memory to Second Chance Animal Rescue, 1517 Meadow Street, Littleton, NH 03561