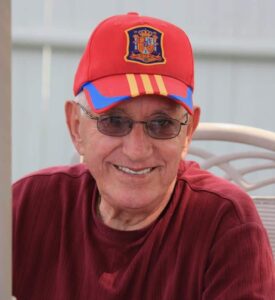 Mr. Antonio Cid, of Spain, Brazil, East Boston and Everett, MA, born on October 16, 1934 in Spain, to the late Herminia Cid-Couzo and the late Manuel Cid, passed away at age 84 on June 8, 2019 after a long illness. Antonio was the beloved husband of Dirce. He was preceded in death by his brother, Juan Cid. Antonio is survived by his daughter, Marize Frontiero; brothers, Manuel Cid and Jose Luis Cid; grandchildren, Scott Goldberg and David Goldberg; and nephews, Manuel Cid and John Cid. Antonio led a full life leaving Spain in his teen years and moving to Brazil where he wed Dirce in 1959. They arrived in East Boston in 1963 with their two year old daughter and later purchased a home in Everett, MA. He retired from Delta Airlines in 1993 and enjoyed traveling, walking Everett Stadium, campaigning for friends during election season and tending his garden. Antonio’s joy in life was soccer, family, food/wine and most of all his grandchildren. Those who wish may donate in Antonio’s name to the American Cancer Society at donate3.cancer.org. Friends and family can attend a memorial Mass on Thursday, June 20, 2019 at 10 am at Saint Anthony of Padua, 46 Oakes Street, Everett, MA 02149.