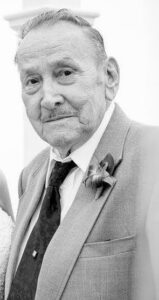 Arthur is survived by his six children and their spouses, Cheryl and Charles Harvey, Russell Hall, Sandra and George Stanley, John Hall and Steven and Kathy Hall; 15 grandchildren; and several great-grandchildren. He is preceded in death by his wife Brenda Hall (Richardson)of Massachusetts, his son Jay Hall of Massachusetts, his Uncle John and Aunt Laura Torosian (Ackerman) of Massachusetts and daughter-in-law Jill Hall (Guimond) of Florida.

Arthur was born on November 18, 1934 in Lawrence, MA to Stella Ackerman and Noah Hall. He enlisted in the United States Navy as a Seaman in 1953 where he served his country proudly on the USS Hassayampa for both the Korean and Vietnam Wars before being awarded a Purple Heart and honorably discharged in 1961. He married Brenda, a medical assistant in 1959. Over 11 years the couple welcomed 5 children into their home. His children remember him as a kind father who encouraged them to pursue their goals. Arthur was accomplished as a craftsman and often was seen tinkering around the house. He was a witty individual who loved to joke.

A private celebration of life will take place amongst family. In lieu of flowers, please send donations to Merrimack Valley Hospice at 360 Merrimack Street, Building 9, Lawrence, MA 01843 Attn: Development Office. The family would like to extend a sincere thank you to the caregivers at Home Health VNA, Merrimack Valley Hospice HomeCare for their continuous support, care and dedication to Arthur and our family over the past month.