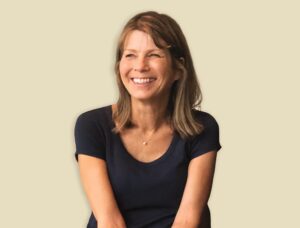 Born to Donald Peleshok and Lynn Anderson, beloved wife of Laurent Vernerey, loving mother of Maxime, Luc and Samuelle, Barbara was a force to be reckoned with. She lived in the Detroit area until she was 18 years old, then started her world tour spanning five continents, dozens of countries, and countless cities.

She met her husband, Laurent, in 1985 as they both worked at Télémecanique in Westminster, Maryland and they married in Seloncourt, France in 1989. Their 2 sons, Maxime (1989) and Luc (1991) were born at Hôpital Port-Royal in Paris, France. Their daughter, Samuelle (1994) was born in Covington, Kentucky.

For the first 10 years together, Barbara’s focus on her career led her to great accomplishments and she became renown in the teams she worked with. Barbara then decided to dedicate all her energy to her children. For the next 20 years, she made sure that the entire family was loved and united; she set a high bar, challenging them to pursue every opportunity.

Each professional decision throughout Laurent’s career was first approved and blessed by Barbara; she raised him to more than he ever thought possible. Her desire for adventure burned deeply, and she wanted her family to experience everything. She was always ready to embrace the next journey, in the firm belief that her children would grow stronger as a result – which they did.

Barbara became known by her children’s friends as “The Cool Mum”. Always supportive of her kids’ education and sports activities, she did her best to provide that support and love to their friends too.

Because of the frequent moves, Barbara was also always protective of the tight family unit. She was equally attentive to bringing the extended families together. She always made sure grandparents, aunts, uncles, cousins, and friends came to visit anywhere the Vernereys lived, providing them a unique travel and cultural experience. She was the link that kept everyone connected.

When she was first diagnosed with cancer in 2003, Barbara refused to let it define her. In remission for 16 years, it came back with a vengeance in 2019. She fought with strength, grace, and courage until September 2021.

Barbara was defined by her extraordinary strength, a no-nonsense attitude, and the propensity for having a colloquialism about everything. Among her most frequent: “Ask for what you want”; “Motion and Purpose”; “It ain’t over till the fat lady sings”; “Just calling a Spade a Spade!”

Barbara was an avid animal lover and took the family’s dogs and cats along for every ride: Jake and Scooter from USA to France, Gus from France to Australia, Gus and Matilda from Australia to Providence, RI, and Clifford and Zelda to Boxford, MA. She made being a pet at her house a luxury because she was so grateful for the love she received in return.

She touched in a special way everyone she met: elle était vraiment quelqu’un. Nobody will ever forget her. She will continue to be loved and missed by all who knew her.

As an expression of sympathy, memorial contributions may be sent to Lahey Hospital & Medical Center Gift Processing, Office of Philanthropy, 330 Brookline Ave (OV), Boston, MA 02215. or via Giving.Lahey.org
In lieu of flowers, gifts may be made to Dana-Farber Cancer Institute in memory of Barbara Vernerey to support cancer research and patient care at:
Dana-Farber Cancer Institute, P.O. Box 849168, Boston, MA 02284 or via www.dana-farber.org/gift.