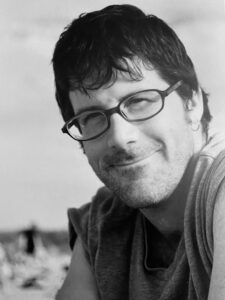 Brian R. Bailey, 52, of Pittsfield, passed away at home in the early morning hours of Friday, July
2, 2021 after a long and tiring battle against glioblastoma. He was a beloved father, husband,
brother, son, uncle, and friend.

Son of the late Gordon and Marguerite Lyman Bailey, he grew up in Dalton and graduated from
Wahconah Regional High School in 1986. Brian was quick-witted, always good for a clever,
groan-inducing pun or Dad joke, and full of Monty Python quotes. He could whistle like nobody’s
business, loved a good crossword puzzle, and was a walking encyclopedia of music trivia.
Brian was well known for his artistic ability, and left behind a large collection of his character
sketches on napkins and scraps of paper, at his workplaces, bars, coffeehouses and friends’
homes all over Berkshire County. He had a unique style that could be easily recognized, even
as it evolved throughout the years.

Also well-known was his love of music. He had many adventures following the Grateful Dead
and attending local music shows, where he could be found dancing and smiling. Through his
love of music he bonded with many and created several lifelong friendships. Brian’s taste in
music was eclectic, and he loved sharing it with friends through “mixes” that he spent many
hours curating. One of his favorite things was to conduct “music lessons” in which he would
introduce his children to a band or musician that had influenced his musical tastes. He made
sure Phoebe and Phin grew up appreciating everything from the Beatles to the Beastie Boys.
Brian had a natural ability to connect with others, which suited him well in his chosen profession
of mental health care worker. He was able to meet people where they were and help them find
ways to make their lives better. He was a gifted caregiver and loved the people he was
privileged to help. He made many friends through his positions at Hillcrest, the Brien Center,
and Berkshire Service Group.

Brian leaves behind his loving family who miss him so much: his partner of 26 years, Catherine
Fennelly, with whom he celebrated 20 years of marriage last September, and his two children,
Phoebe and Phineas. They were everything to him. Being a father was not just a title to Brian, it
was an adventure, and one he relished. He also leaves behind his brothers, Thomas and Jeffrey
(Jen), his in-laws Bill and Marilyn Fennelly, brother-in-law Parker Fennelly, nephews Ethan
Fennelly and Jonathan Bailey, and his uncle, Philip Bukowski. He also leaves behind a legacy of
love. He encouraged everyone around him to remember that ALL YOU NEED IS LOVE. In his
memory remember to be kind, respect one another, and love fiercely, because our time here is
short and precious.

The family would like to thank everyone at HospiceCare in the Berkshires for their loving care.
We also couldn’t have made it through this journey as long as we did without the help of the
staff at BMC, Berkshire VNA, and the BMC Cancer Center. We also want to thank everyone at
Berkshire Service Group and Your Color Connection, as well as friends and family who reached
out, for all your love and support.

Per Brian’s wishes, there will be no calling hours. A memorial is being planned for early August.
Anyone wishing to make a donation to the family can do so by going to
https://gofund.me/02c56e8a or by sending it to Catherine Fennelly c/o Your Color Connection,
36 Pittsfield Rd, Lenox, MA 01240.