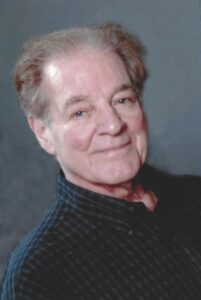 STONEHAM – Charles Leo Saccardo, 86, of Stoneham died peacefully at home on Tuesday June 16, 2020 after a period of declining health.

Charles was born in Boston, the son of the late Annie (Giudetta) and Charles Saccardo (Sr.). He graduated from Charlestown High School, and after two years in the Army (during the Korean War), attended Northeastern University. Upon graduation, he went to work at the Pentagon in Washington DC and completed a Masters Degree in Economics at Georgetown University. Returning to Boston, Charles began his lifelong career as a College Professor teaching at Burdett College, Northeastern University, Lowell Tech (now UMass), and Bentley College/University.

A celebration-of-life / memorial service will be planned for next year, likely in the spring of 2021.