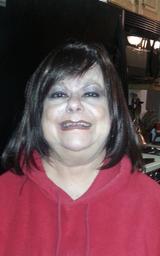 Cynthia Gallagher of Salem, died on Friday, December 27, 2013, after a short battle with cancer. Born in Lynn, MA on August 28, 1953, she was the daughter of Hyman Roman and the late Connie Roman. She was raised in Lynn, MA and then Middleton, MA and graduated from Masconomet High School and proceeded to get a certificate for cosmetology at Essex Aggie. She worked for over 30 years as a cosmetology retail manager at Lord & Taylor and other retailers. She resided in Beverly for 22 years and then moved to Salem. She will be remembered for her sense of humor, her sense of style, her caring disposition, and absolute devotion for her children and family. She is survived by her father, Hyman Roman; daughter, Jackie; son, Justin; as well as her sister, Janice Webster; nieces, Holly Lazdowski, Cheri Johnson and Laura Miller.