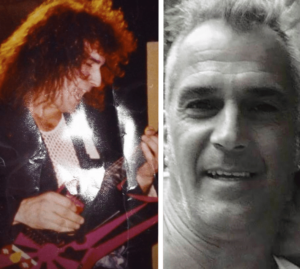 Daniel D. “Danny” Dell’Anno passed away peacefully on May 28th, 2018 at the age of 57. Danny was a well known and respected guitar player and leaves behind a legacy of music spanning over 35 years.

Danny is survived by his two loving children, Danika Dell’Anno (24) and Daniel Dell’Anno (20), both of Winthrop, MA; his sister Carmina Dell’Anno and brother Domenic Dell’Anno, both of Stoneham; as well as beloved niece Ava and nephew Johnny.

Danny is also survived by longtime girlfriend Elizabeth Strong of Revere, as well as many close friends, bandmates, and his and Elizabeth’s two cats, Nera and Squirrel.

Services will be private, with a celebration of Danny’s life to be announced at a later date.