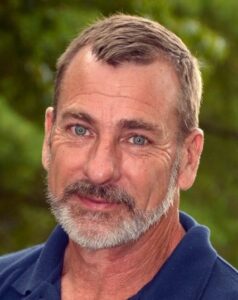 David Corkery, 57, passed away peacefully surrounded by friends and family Thursday, October 22,
2020 after a hard fought battle with cancer.

David was born in Braintree, Massachusetts on November 2, 1962 to John Corkery Sr. and the late
Janet (Sullivan) Corkery. He is survived by the love of his life, Valerie Corkery, his wife of 33 years,
daughter and son-in-law Meghan Corkery and Robert Reasoner, and his daughter Erin Corkery and
her fiancée John Arnott. David is also survived by his brother John and Mary Corkery and sister Susan
and Barry Collins. He is further survived by numerous brother and sisters in law, Aliece and Dan
Horgan, Robert and Deborah Ridlon, Mark Ridlon, Richard Ridlon, Sandra Connaughton and Jason
Duffy, Gerald Connaughton, Jeanine and Paul Perotti and Michael Ridlon and mother-in-law Alice
Ridlon. He was brother in law to the late Adele and Robert Pitts. He leaves behind numerous and
adoring nieces, nephews and friends.

David had a long and successful career as a master carpenter, a trade for which he had both immense
talent and passion. As a proud union member with J.L. Marshall and Sons, Inc. he put his unparalleled
skills to work on jobs including Gillette Stadium, Fenway Park, Logan Airport, Foxwoods Casino and
his favorite of all, the State Street Financial Center in Boston.

Later in his career he found a home working as a carpenter for the Noble and Greenough School of
Dedham, a community where he formed lasting and meaningful friendships. Here David worked both
on maintaining the beauty of a school he loved and sharing his talents in woodworking with students.
He became more than a beloved carpenter but also a teacher, sharing his endless knowledge and love
of woodcraft with students. As a cherished member of the Nobles family they have always been
unrelenting in their love and support.

David was an outdoorsman in the truest sense. He grew up skiing, sailing, fishing and hunting, all
passions he carried into adulthood. His life of hard work was rewarded in 2018 with the purchase of
his fishing boat, the Irish Wake. He loved setting out at sunrise to Cuttyhunk or through the Cape Cod
Canal in search of the elusive striper or a wicked tuna. David was part captain, part fisherman and
part fishing instructor, sharing his love of nature and the ocean with his family, friends and dogs.
David had an immense love of food and cooking, a love that he shared with his daughters, much to
the benefit of his wife. They could be frequently found experimenting in his test kitchen or going to
Flint Farm for an orange sherbet.

A Funeral Mass will be held at Saint Mary’s Church, 58 Carpenter St., Foxboro on Saturday, 14th November at 11 o’clock, all who wish to join are welcomed. In lieu of flowers, we request donations be made to Dana Farber
Cancer Institute.

Dave will be remembered as a loving husband, devoted father and irreplaceable friend. His life
touched and improved the lives of many and his loss will be felt by all.