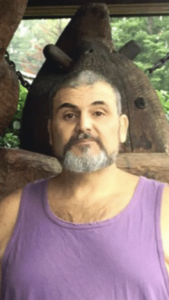 Dino was the cherished father to Michael and Nikki and grandfather of Gianna. Dino was the beloved son of Liane Corcione and the late Constantino Corcione, and brother to Patricia Scott, the late Valerie Corcione, and Mark Corcione. He is further survived by his nephews Michael Smith, Evan Lopes, and Chris Corcione, as well as his nieces Julia Lopes and Sarah Scott, whom all he adored.

He attended Cambridge Rindge and Latin Highschool and later became a licensed builder and was successful in his masonry and general contracting company.

Dino was known for his strength, being a devoted father, and for his love of the Lord and helping others. He did not disappoint when it came to loving and caring for his family and friends wholeheartedly always. There was no question of all who knew him of his selflessness.

And Jesus said unto him, Verily I say unto thee, To day shalt thou be with me in paradise. -(Luke 23:43)

There will be no services at this time. A celebration of life will be announced by his daughter at a later date.