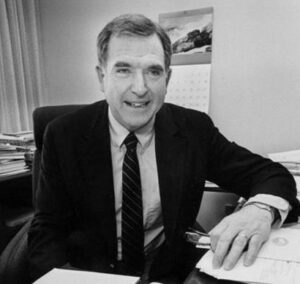 Dr. Arnold Relman led the New England Journal of Medicine for more than 13 years, raising a sometimes lonely voice to warn about the dangers of for-profit medicine when many in politics and his profession raced to embrace a free market approach. Dr. Relman also was one of the nation’s foremost writers about the rising cost of health care. Persistent to the end, he received the galleys of his final article just a few days before he died of cancer in his Cambridge home early Tuesday, on his 91st birthday. During more than a dozen years editing the New England Journal, he expanded the reach of the august research publication and made it a forum where a rapidly evolving field’s top writers debated the day’s most important economic, ethical, and public policy issues. “We should not allow the medical-industrial complex to distort our health care system to its own entrepreneurial ends,” he wrote in an early editorial. The response in the health care world was mixed, with some praising Dr. Relman and others suggesting he did not grasp the market forces at work. Dr. Jerome Kassirer, who succeeded Dr. Relman as editor and is now a distinguished professor at the Tufts University School of Medicine, said that “by publishing an enormous number of important studies of the health care system, he helped to formulate the debate. In his time, there were no other strong sources that you could go to for discussion of these issues. The New England Journal was it.” Dr. Relman began editing the Journal in 1977, and wrote elsewhere, too, particularly after becoming editor emeritus. He and his wife, Dr. Marcia Angell, received a 2002 George Polk Award for their New Republic article that examined how pharmaceutical companies spend more of their profits on advertising and lobbying than on drug research and development. 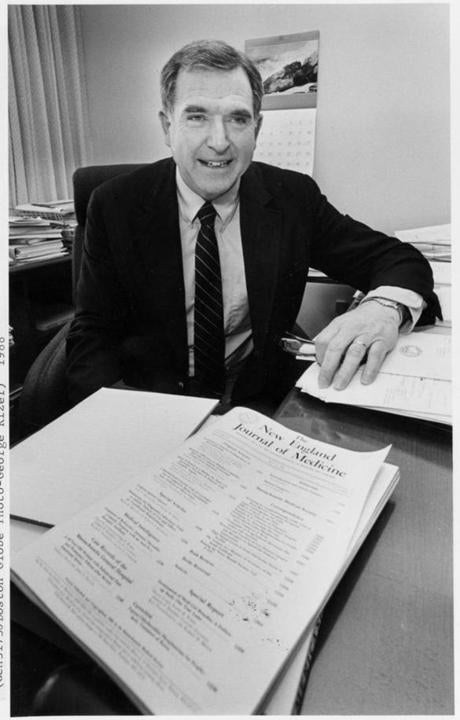 In February, he published a piercing account in the New York Review of Booksabout what happened when he fell in his home 10 days after his 90th birthday and nearly died after breaking his neck. As he recovered, Relman wrote he “learned some things about the US medical care system that I had never fully appreciated, even though this is a subject that I have studied and written about for many years.”

“This article had enormous readership and was much admired,” said Robert Silvers, editor of the New York Review of Books. “He wrote it under extreme conditions and I admired tremendously his vision of medicine, his spirit in writing about it, and his stoicism about what happened to him.” Dr. Relman and Angell, who was also the former top editor of the Journal, were in many ways Boston’s preeminent power couple in medical circles, celebrated for their intellect, their writing, and their clear affection for one another. “He believed in medicine as primarily a profession where doctors and patients make their decisions without any financial incentives other than to do what was best medically for the patients, a bold philosophy,” said Angell, who added, “I will miss him more than I can possibly say.” A respected researcher and professor early in his career, and a professor emeritus of medicine and of social medicine at Harvard Medical School at the end, Dr. Relman in the late 1970s helped launch what became the International Committee of Medical Journal Editors, which makes recommendations about conduct, reporting, and editing. “He was really an extraordinary editor,” said Robert Kuttner, a longtime friend who wrote for Dr. Relman at the Journal and later became cofounder and coeditor of The American Prospect. “He was also an utter gentleman. He was a mentor, he was courtly, he was courteous, and he never lorded his extraordinary knowledge over anybody.” Founded in 1812, the New England Journal of Medicine is the oldest continuously published medical journal in the world and is owned by the Massachusetts Medical Society. After Dr. Relman became editor, circulation increased and profits soared. Along with continuing the journal’s influential role publishing research findings, he made it a forum for exploring economic and social issues in medicine, such as health care rationing and ethics. During his tenure, the publication was the first medical journal to require authors to disclose potential conflicts of interest if they owned stock in biomedical companies when they published research that might benefit those firms. “He demanded just total perfection in every detail,” said Tad Campion, senior deputy editor and online editor of the Journal. “When it came to the controversial issues, and especially matters of health care and ethics, he was absolutely tenacious and fearless in saying what he believed, and spoke with the power and the certainty of an Old Testament prophet.” The younger of two children, Arnold S. Relman grew up in Far Rockaway, in Queens, N.Y. His sister, Dr. Muriel Straetz, was a psychiatrist and died last year. Their mother, Rose, was a cellist who in later years organized a tenants association. Their father, Simon, was known as Sam. A businessman, he read constantly and inspired his son’s love of philosophy, which Dr. Relman studied as an undergraduate at Cornell University. Dr. Relman’s mother called him Buddy and, disliking Arnold, he went by Bud the rest of his life, using his nickname as a filter for callers. Anyone who asked for Arnold, he surmised, did not really know him. Skipping grades in his youth, he graduated from Cornell at 19 and was 22 when he received a medical degree from the Columbia University College of Physicians and Surgeons. He arrived in Boston in 1949 as a National Research Council fellow in medical sciences at Boston University School of Medicine. Joining the faculty two years later, he became the Conrad Wesselhoeft professor of medicine and edited the Journal of Clinical Investigation. In 1968, he moved to the University of Pennsylvania School of Medicine, where he was the Frank Wister Thomas professor of medicine and chaired the Department of Medicine. In 1953, Dr. Relman married Harriet Vitkin, with whom he had three children. Their marriage ended in divorce 40 years later. “He was a wonderful father,” said their son Dr. David Relman of Palo Alto, Calif. “He was an incredible role model in so many ways and did it in a fashion that never felt imposed. He was just the kind of person who was inspiring to be around, even as a kid.” Dr. Relman returned to Boston in 1977 to become the New England Journal of Medicine’s top editor. Eleven years later, when the Affordable Care Act still sat far beyond the horizon, Dr. Relman told the Globe that “we’ll have to have some kind of federal umbrella for health care — some kind of nationally subsidized health insurance system. We’ll have no peace, no equity, until we get some kind of system in place.” Dr. Relman met Angell when she was a student at Boston University School of Medicine who sought his advice on a student project. That led to their first scholarly collaboration, which was published in the New England Journal of Medicine in 1968. She joined the Journal’s staff in 1979 and later served as executive editor until, in 1999, she was the first woman to be named editor. A couple for 20 years, Dr. Relman and Angell married in 2009. “Five years ago he said, ‘They’re having a special at Cambridge City Hall,’ ” she recalled with a laugh, and they were married by a justice of the peace, but only after each edited the boilerplate civil marriage text to next to nothing. “Bud and I both had a terse style of writing: the shorter the better.” In addition to his wife and son, Dr. Relman leaves another son, John of Washington, D.C.; a daughter, Margaret Batten of West Newton; two stepdaughters, Dr. Lara Goitein of Santa Fe, and Elizabeth Goitein of Washington; six granddaughters; and four step-grandsons. A private gathering for family and friends will be announced. Diagnosed in January with aggressive melanoma, Dr. Relman chose to keep working until his final days. “When he found he had a fatal illness, he said, ‘I just want to die the way I lived, sitting at my desk writing,’ ” Angell said. “He was dignified and brave the whole time. He said, ‘Look, I got 90, maybe 91 years. Not many people get that. I’ve had a wonderful life and I have no regrets.’ ”