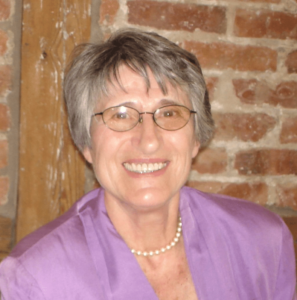 SEIFEN, Dr. Astride Brück of Brookline, MA, passed away peacefully in her sleep on October 18, 2018 following a long, brave struggle with Alzheimer’s disease. She was 83. After completing medical school in Germany, where she was one of only 2 women in her class, she undertook fellowships in biochemistry at Harvard University and in anesthesiology at Massachusetts General Hospital in Boston, MA.

After her third child progressed beyond early infancy, Astride entered residency at the University of Arkansas for Medical Sciences in 1971 and became a Fellow of the American College of Anesthesiologists in 1975, the same year she joined the UAMS faculty. In 1976, she was fully Board Certified by the American Board of Anesthesiology and became a Professor with joint appointments in Departments of Anesthesia and Pharmacology. Her colleagues described her as intelligent, committed, concerned and involved. She could be relied on in an emergency and worked tirelessly as a physician and educator. Never satisfied to rest on her laurels, she became a certified member of the Society of Cardiovascular Anesthesiologists in 1981 and completed a Fellowship in Pediatric Anesthesia in 1985. Astride was well respected and well liked as an educator and in 1998, received the Golden Apple Award, presented to the most outstanding clinical instructor as decided by residents. In the Fall of 1999, Astride received the UAMS Distinguished Faculty Award in honor of her outstanding contributions as an educator, a clinician and a researcher as well as through her demonstration of the highest principles of the medical profession. She was a distinguished and respected cardiothoracic anesthesiologist and trained hundreds of Residents in Anesthesiology. She had a positive impact on countless others through her dedication, caring and kindness.

These qualities were nowhere more appreciated than by her family. She was able to juggle long days at the hospital, often more than 12 hours, with the responsibilities of a wife and the mother to three children. She was always present: helping with homework, supporting her gymnasts and martial artist, or taking on the role of Cub Scout Den Mother. Astride was an excellent cook and baker. In her retirement, she and her husband, Ernst, traveled the world. Additionally, she participated in book clubs, French and Spanish conversation classes and yoga. She had a seemingly endless thirst for knowledge and lust for life. Astride was an incredible woman and she will be greatly missed.

She is survived by her husband, Dr. Ernst Seifen of Brookline, MA; her daughter Charlotte Seifen Ameringer and son-in-law Kurt Ameringer, Jr. of Arlington Heights, MA; her daughter Dr. Dorothee Seifen Mecum, son-in-law Dr. Gideon Mecum and grandson Benjamin Mecum of Fayetteville, AR; and her son, Nicolaus Seifen, his partner Douglas Kent, and grandchildren Annalise, Elijah, Joshua and Aaron Seifen of Denver, CO. A private memorial was held for the family in October. In lieu of flowers, donations may be made in her honor to the Alzheimer’s Association or Brain Support Network. For those who wish to continue her ongoing legacy as an educator, contributions can be made to the “Astride Seifen, MD Resident Education Fund” through the UAMS Foundation Fund. Contact Kim Evans in the UAMS Development Office for more information (501-526-5802).