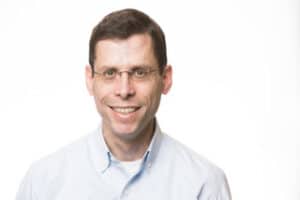 He was the beloved husband of Kimberly Bete Stack, whom he married on November 1, 2003, and they previously resided in Marshfield, MA.

Ed was born on September 22, 1969 to Christine Parker and Edward Stack of Long Island, NY. He grew up on Long Island and graduated from Sachem High School, received his Bachelor of Arts from Stony Brook University, then earned his Ph.D. in Biology from Boston College.

Ed began his career studying neurodegenerative disorders but moved into cancer research, working at the Dana Farber Cancer Institute as Associate Director of the Dana-Farber/Brigham and Women’s Center for Molecular Oncologic Pathology (CMOP) and later at PerkinElmer as a Global Pathology Applications Specialist. At his death, he was an accomplished and proud Senior Principal Research Scientist in the Translational Pathology group at Jounce Therapeutics.

In addition to his devoted wife, he is survived by his brother, Michael (Tori) Stack; six cherished nieces and nephews: Skylar, Alex, Tom, William, Maris, and JJ; his grandmother, Charlotte Danielewski; his parents; his in-laws, Annette and Paul Foraste; his brother-in-law, Dr. John (Robin) Bete; his sister-in-law, Laura Bete; beloved dog, Sasha; and a myriad of aunts, uncles, cousins, chosen family and friends.

Ed will be remembered for his obstinance but also his generosity, his contagious smile, his sense of humor, his enthusiasm for his job and passion for science as a whole. He was committed to lifelong learning .  Outside of work, Ed loved to travel, sail, snowboard, bike, play the drums and hike with Kim and their dogs. He also took great joy in visits with friends, family and co-workers, for whom he felt blessed to have in his life.

Please join us in celebration of his life during a funeral mass at St Anthony of Padua Catholic Church (2 Summer Street, Cohasset, Mass 02025) on Saturday, March 26, 2022 at 11 am.
In lieu of flowers, donations may be made to Compassionate Care ALS, P.O. Box 1052, West Falmouth, MA 02574 (www.ccals.org) or the Norwell Visiting Nurses Association & Hospice, 120 Longwater Drive, Norwell, MA 02061 (www.nvna.org)