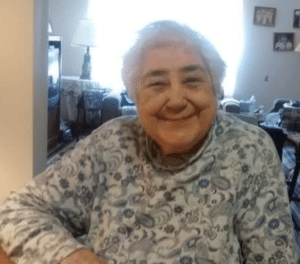 Betty was born March 19, 1929 in Malden MA,  daughter of the late Josephine (Gaudette) Powell, and the late William Powell. She was also predeceased by her three children son Dennis Recer, and two daughters Alice Recer, and Kathleen Baker.

Betty worked many jobs over the years as an aide, a bank teller, and a cashier, to name a few. Everyone who knew Betty loved her, she was always smiling and had a great sense of humor. She was a devoted mother and grandmother,  who always put family first.

The family would like to thank the High Pointe House for the wonderful care they gave to Betty.