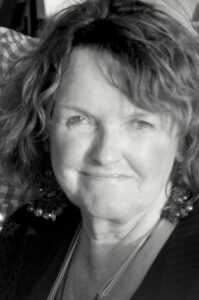 Eunice Doherty Kirby, (1943 – 2014) originally from South Boston, died peacefully at home with her family by her side on October 22, 2014. The youngest of five children, Eunice attended St. Augustine’s school in South Boston. Later in life she relished returning to South Boston with her five grandchildren to enjoy Castle Island and Pleasure Bay. After high school, Eunice was swept up by the currents of the 1960’s. She took up skiing and spent a winter working at Sugarbush, VT, after which she moved to Cambridge. Eunice became increasingly involved in the political movements of the time, engaging in a progressive activism that would continue through much of her life. Eunice met and eventually married a kindred spirit, Bill Kirby, who soon became the state director of VISTA. Eunice courageously and lovingly raised her three children, Seth, Bronwen, and Joshua, after her husband’s sudden death in 1976. Eunice finished her BA in Urban Planning from UMASS Boston, then eared her Masters degree while working at Boston College. During her fourteen years in the BC Sociology department she was a source of positive energy and friend to many. While raising her family she worked tirelessly for liberal political causes, highlighted by Mel King’s bids for House and Mayor. Eunice was also engaged in grassroots efforts, from protesting US military involvement in Central America, to local causes such as promoting education about mental illness and co-founding the Norwood Human Rights Committee. Boston College recognized Eunice with the Distinguished Service Award for her volunteerism. In 2012 Eunice was diagnosed with cancer. Eunice’s focus became her immediate family, Pat Welch, Bill Doherty, Al Doherty, Mary McQuade and her many nieces and nephews. She loved to get family together, especially her own. Eunice is survived by her son Joshua of Marlboro, her daughter Bronwen and her husband Peter Beaudoin of Natick and son Seth Kirby and his wife Joia of Belmont. Eunice adored her grandchildren Henry and Lydia Beaudoin and Aidan, Myles, and Alexander Kirby. A private gathering of friends and family will be held at Abby Park, 550 Adams Street, Milton on Saturday, November 1st from 11:30am-2:30pm. In lieu of flowers, donations can be made to the National Alliance for Mental Illness. www.namimass.org/donate/donate-online .