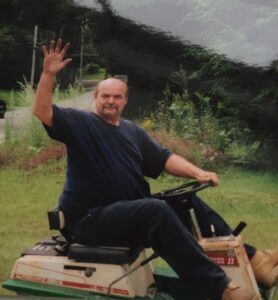 West Boylston – Frank J. Brooks, 59, died at home on Thursday, June 25, 2020 in his sleep after recently getting diagnosed with cancer. He was born on October 29, 1960, the son of Raymond and Jeanette (Batchelder) Brooks.

He was a truck driver who worked hard and played hard. He became instant friends with all those he met, bringing much joy and laughter. He woke up every morning smiling. He enjoyed golf, bowling, and old cars.

He is leaving behind Mary, his wife of 27 years, and 3 sons and daughters-in law, Derrick and Corinne Genova of Woburn, MA, Paul and Heather Genova of Attleboro, MA, and Robert Ryan of Wareham, MA. He also is survived by brothers and sisters-in-law, Leroy and Darlene of Herman, ME, Warren and Debbie of Leonardtown, MD, Berta Brooks, of Island Falls, ME, and Sue Brooks of Sherman Mills, ME. He leaves so many more behind: 3 beautiful grandchildren, Gavin, Isla, and Jack, and many nieces and nephews. He was predeceased by his parents and 3 brothers, Raymond, Roderick, and Danny.

A celebration of life will occur at a later date and he will eventually rest in peace in his home of Island Falls, ME with his parents and brothers. In lieu of flowers, contributions to Dana-Farber would be appreciated.