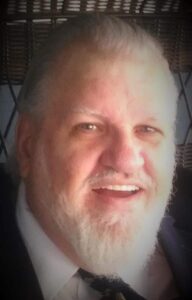 Henry (Hank) Russell Shireman, 74, (formerly of Fitchburg, MA) took his last breath on June 23, 2021, at Sawtelle Hospice House in Reading, MA. He is awaiting the return of Jesus Christ to be gathered together with all the faithful departed to begin a new life with the Lord.

He was the adopted son of David and Viola Shireman, and grew up in Indiana. He was a graduate of Fowler High School in West Lafayette, Indiana. After graduation, he served 11 years in the military: first as a Trombonist in the US Army band stationed in Alaska, then in the US Army National Guard in Indiana, and finally as a fire technician in the US Navy in Charleston, SC. He was honorably discharged in 1976.

Henry became a born-again Christian in 1980, eventually participating in a one-year volunteer missionary program sending him in 1982 to Dallas, TX. During that year he met his future wife Eileen whom he married in 1986.

While living in Texas, he attended Mountain View Community College in Dallas, where he made Deans List, and was a Computer Lab Tutor. He received an Associates Degree in Computer Science.

After graduating, he became a Data Base Manager at University of Texas SW Medical Center in Dallas. When his department was downsized in 1995, he and his wife moved to Massachusetts to be closer to her family. Since then he worked as a Computer Network Engineer and LAN Manager before he retired.

He had a great interest in history and loved being in New England exploring its many sites. He was inspired to write a poem for the USS Constitution’s 200th Anniversary in 1996. He was invited to read it on the last turn-around cruise that year and also in 1997 when Old Ironsides sailed for the first time since 1881. “From Old Ironsides, With Love” won an Editor’s Choice Award by the National Library of Poetry in 1997.

Hank stayed active in biblical study and teaching fellowships throughout the rest of his life. He blessed others with his singing, music and many talents. Besides playing trombone, he also learned to play guitar and piano. His hobbies also included photography, string art, woodcarving, and digital archiving.

Henry is survived by his beloved wife, Eileen (Okerholm) Shireman, lately of Stoneham, MA, (formerly of Fitchburg) and his daughter from a previous marriage, Dawn Shireman of South Dakota.

Friends and relatives are invited to an Interment Service at Forestdale Cemetery in Malden on July 14 at 10am. In addition, they are invited to a Celebration of Life for Hank which will be planned for July 28 in central MA (place and time TBD).