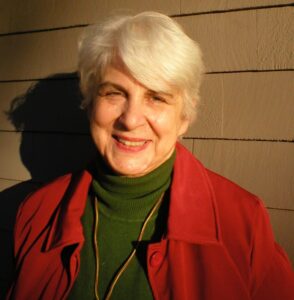 Ilana d’Ancona, 80, of Newton, died at her home on February 14. She leaves her only child, Susanna Porte of Berkeley; her sisters Erela Peled and Hava d’Ancona-Dvir, and brother Menashe Dvir-d’Ancona, all of Tel-Aviv; her cousins Nora and Joseph Calabi of Natick and Philadelphia, respectively; her uncle and aunt, Eugenio and Giuliana Calabi, of Bryn Mawr; her aunt Valeria Calabi and cousins Giuseppe, Clotilde and Anna Calabi, all of Milan; and her cousins Adachiara and Luca Zevi, of Rome.

Born in Jerusalem, Palestine, Ilana emigrated with her mother to the U.S. in 1946, while her father stayed in what would become Israel. Ilana grew up in Chicago and earned a B.A. from Radcliffe College in 1960 and a PhD in archeology from Harvard University in 1966. It was there that she met and married the late Joel Porte, who would become a professor at Harvard and Cornell. (They later divorced.) Ilana spoke impeccable English, was fluent in Hebrew and Italian, and worked as a teacher and editor at Brandeis University, Houghton Mifflin, Harvard College Observatory, and various private schools.

Ilana was passionate about the arts—especially medieval, Renaissance, Baroque and classical music, 1920s-1940s jazz, and classic films. She loved animals—most of all cats (both wild and domestic) and horses—and was deeply concerned about the environment. She supported these causes generously and faithfully with her pocketbook and with her time, and proudly led a small-carbon-footprint lifestyle. Ilana was a skilled photographer, writer and raconteur, had a biting wit, and enjoyed pulling people’s legs. She had a distinctive melodious voice and a beautiful laugh, and will be missed by family, friends and neighbors alike.