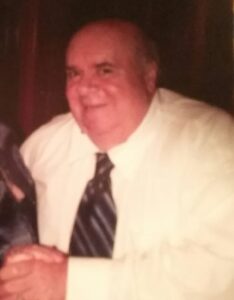 James Edward Tomey, 74 of Malden, MA passed away peacefully on Wednesday March 29th, 2017 of natural causes surrounded by loved ones.

He was born on January 2nd, 1943 in Anderson, Indiana to the late Constance (Lewis) Hayes and Edward Tomey. He grew up on a farm in Guys Mills Pennsylvania and later joined the United States Marine Corps and served during the Vietnam War. Jim held positions as a machinist, security guard and hospitality manager over his long working career. He enjoyed most spending time with his girlfriend, his kids and grandchildren. He loved to fish, grill and watch sports. He was well known for his kindness, compassion and sense of humor.

Services honoring Jim will be held on Thursday April 6th at 9am at Boston Cremation 287 Main Street Malden, MA 02148. In lieu of flowers, donations can be made in Jim’s name to the Disabled American Veterans Association. 877-426-2838 https://secure3.convio.net/dav/site/Donation2?df_id=10801&10801.donation=form1&gclid=CN6oxtKzgdMCFciLswodAksKvw