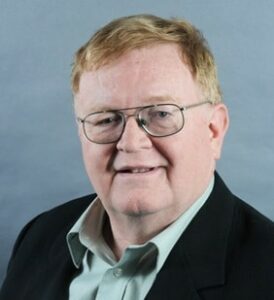 James F. Ward of Norfolk, Massachusetts, passed away on May 2, 2021, after a long illness following a stroke.

Born in Jackson, Michigan, on March 10, 1947, Jim is survived by his wife Barbara Ostlund Ward (whom he married August 28, 1971), daughter Sarah Ward, son Samuel Ward, and daughter in law Christina Ward, all of Norfolk.

In his early years Jim was a saxophone soloist with the Southeastern Massachusetts Community Concert Band and encouraged his children as a member of the King Philip Music Association. Jazz music was a lifelong love, as well as modern British classical composers.

As a couple, Jim and Barbara bred and exhibited their nationally ranked Australian Terriers at American Kennel Club Dog Shows. Later, his entire family devoted itself to Pekingese rescue dogs.

Jim was a member of Christ the King Lutheran Church of Holliston where he served as a Sunday School Teacher and on several boards. He enjoyed participating in the Hockomock YMCA Arthritis Foundation Pool Class for the many friendships he made (as well as the breakfast parties after class). He spent many happy summers on Lake Ossipee, Freedom, NH, at Wabanaki Campgrounds.

Jim served on the Town of Norfolk Advisory Committee for many years. He was a longtime member of the Norfolk Lions Club and after his stroke was sponsored as a Lifetime Member.

A memorial service will be held at Christ the King Lutheran Church (600 Central Street, Holliston) when large gatherings become possible. Burial will take place in the Norfolk Cemetery.

In lieu of flowers, please make memorial contributions to the Norfolk Lions Club.