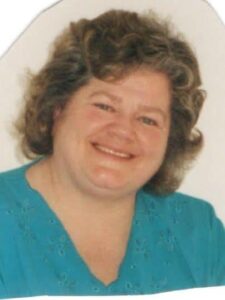 Jessie Marie (Dern) Webster, 71 of Fishkill, NY formerly of Plymouth, MA passed away suddenly on Monday, August 20, 2018. She was affectionately known as Nana and Jaja.

Jessie grew-up in Jamaica Plain, MA after living in Dorchester and Roxbury. She was proud of her accomplishments of being a cheerleader to the dudley street baptist church crusaders and being a nana, mom, and wife. Her life goals were simple. She aspired to become a wife, mother, and home owner. Jessie was a homemaker and stay-at-home mom which allowed her to babysit her grandchildren. She was the loving wife of John Markley Webster and dedicated mother to Jane Marie (Webster) and husband John Norris, John Markley (Packey) Webster II, and Jason Murdoch (Webby) and wife Nicole Elizabeth Webster, Francis Thomas Kelly, and Eryn Kelly Blaney. After living in Plymouth, MA for 42 years she moved to Fishkill, NY with her husband and daughter’s family.

As a chair general, she made sure none of her kids wanted for anything. She often went without so her family could have what they needed. Her heart was as big as she was, she had a beautiful smile, and she loved her family very much. Traveling as a co‑pilot with her sweetie always put a smile on her face. Nothing made her happier than being surround by her family. She enjoyed playing games with her grandchildren, dancing in her younger years, cribbage with her son-in-law, watching her “old” television shows, and spending time with her family. She also enjoyed listening to the “oldies” and attending shows at the Music Circus with her sister. On Sunday nights she often called in dedications/requests as Jessie from JP. She was deeply loved and will be missed.