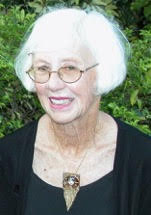 SARASOTA, FL and PORTLAND, ME—Joanne S. Southworth, 87, a resident of Sarasota, Florida and retired professor of early childhood education (University of Maine at Farmington), passed away on April 19, 2018 at Brigham & Women’s Hospital in Boston, surrounded by her family. Joanne was born on July 9, 1930 in Springfield, MA, daughter of Lillian D. Wixon and John Stewart Sylvester. She was predeceased by her husband, Robert S. Southworth, and her sister, Barbara Notman.

Joanne graduated in 1952 from Westfield State Teachers College and was a classroom teacher and reading specialist in elementary schools before earning her Master of Education degree from Boston University and her Doctor of Education degree in 1976 from the University of Maine at Orono. She was a professor at the University of Maine at Farmington for 18 years, chairing the Department of Elementary, Secondary, and Early Childhood Education during the 1980s and establishing an innovative teaching internship program in the Auburn schools.

In 1993 Joanne and her husband Dr. Robert Southworth, a professor of educational psychology at the University of Southern Maine, retired to the Bradenton-Sarasota area where they were active members of the Unity Church of Sarasota. They also enjoyed traveling, raising their dachshunds, and spending time with family and friends. An avid tennis player, Joanne competed into her 80s on her beloved team from the Walton Racquet Center.

A celebration of life will be held at a later date. In lieu of flowers, the family requests that donations be made in Joanne’s memory to Unity Village, www.unityvillage.org