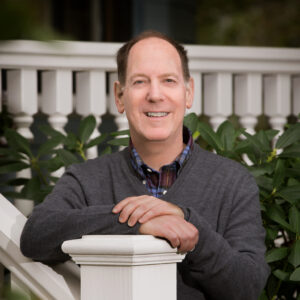 John Franklin Gould, age 58, passed away peacefully February 12, 2020, surrounded by family and friends at his home in West Newton, MA, following a courageous battle with cancer. Born January 23, 1962 in Philadelphia, Pennsylvania to the late Robert and late Zelda (née Feldman) Gould, John grew up in Wyndmoor, PA, where he attended Springfield High School. He spent his summers working as a counselor at the overnight camp his parents owned, Camp Echo Lark, in Lakewood, PA.

John received a B.S. from Emory University, an MBA from Georgetown University, and a Ph.D. in Finance from University of California, Los Angeles. After graduating from Emory, John spent two years in Peru teaching math and coaching softball at The American School of Lima.

John joined Cornerstone Research in 1991 and spent his entire career there, becoming a partner in 1998. He formerly served as head of the firm’s securities practice, and he managed the Boston office for many years. He was an outstanding consultant, leader, mentor, colleague, and a treasured friend to many. In his time at Cornerstone, John positively impacted many lives and helped to create an office culture where everyone felt valued and supported. He was known for his big smile, cool sneakers, and for being a fierce competitor in the company’s baking competitions.

John loved watching his daughters’ dance recitals and volleyball games, having breakfast at the local Knotty Pine restaurant, and faithfully caring for his poodles—Ginger, and then Clara. He was very generous and sensitive in helping others, often doing so behind the scenes. He will be remembered for his unmatched kindness and humility, cheerful and optimistic disposition, and unwavering support for the Patriots and Red Sox. He had a charming sense of humor and was the most loving and devoted husband and father.

John’s family is grateful for the excellent and compassionate care he received from Dr. Matthew Smith, Kara Olivier, Xenia, Jerome, and the entire Genitourinary Cancer Center team at MGH. In lieu of flowers, donations may be made to Massachusetts General Hospital, 125 Nashua Street, Boston, MA 02114.

The family is planning a Celebration of Life to honor John in late spring.