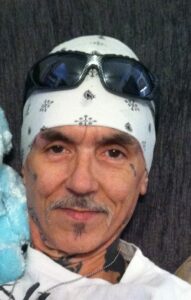 John Anthony Maggio, 48, passed away on July 22, 2015 at Melrose-Wakefield Hospital surrounded by his family. He was the beloved son of the late Maureen “Mimi” Maggio (Snow) and estranged father, Paul F. Maggio. He was predeceased by his loving grandparents, Robert and Mary Snow. He is survived by his brother, Paul Maggio; sister, Denise Hewins; sister, Robyn Basford and her husband and children; Uncle Robert Snow and Aunt Lynn; and many nieces and nephews.

John was loved by his longtime girlfriend, Danielle Zampitella and their son, Giovanni. He leaves behind daughters, Tanya Maselek and her husband Jay, Kelly Coleman, Kayla Coleman and her fiancé, Chris and Talia; and sons, Jacob and John, Jr.; as well as Patrick, who preceded his father in death. He also leaves behind two loving grandsons, Aiden and Gabriel. John had a passion for tattoos and helping those in need. He was always willing to give his last penny to those less fortunate, always remembering where he came from. He had a tough exterior but loved all his children, and those in his life, with a conviction. John spent his last eight years devoting his life to his sobriety. He worked hard at becoming a better person and will be greatly missed. &nbsp;