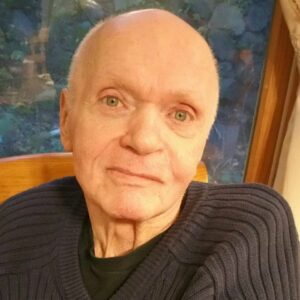 John enrolled in the United States Army in the 1970’s and served during the Vietnam War. He then lived in Reno Nevada for 15-years and worked as a slot mechanic at the Riverside Casino. He enrolled in college courses at University Nevada, Reno and studied phlebotomy. He then lived in North Dakota for several years before returning to the Boston area. He lived in Saugus with his son John, Jr. in their house for 10-years until he was place in the Norwood Nursing Home in August 2019, where he contracted the Covid-19 Virus and passed on Tuesday April 21, 2020.

John spent many days at the Suffolk Downs Horse Track and Wonderland Dog Tracks in Revere, MA. He like to deep sea fish, watch sports, cook banana pancakes, and play music on his real-to-real record machine. John leaves his four children, five grand-children, and great-grand son, sister, nieces, and nephews, family and friends. If you would like to make a donation in his name to The Home for Little Wanderers – www.thehome.org