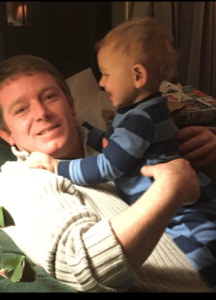 It is with very heavy hearts that we announce that our beloved Josh Maxim has suddenly passed
away. Although Josh has lived in several locations throughout his life, he always considered
North Attleborough his home.

Josh is preceded in death by his Mother, Christine G. Sampson of Plymouth, MA and also by his
dear friends: Colen O’Brien of Cotuit, MA and Christine Green Craveiro of Port St. Lucie, FL –
Great friends reunited too soon!

Josh started working at Jacqueline Electrical & Contracting (JEC) in South Easton, MA in 2011,
not long after Jackie opened her doors. To this day he is the longest working JEC employee and
will be missed by the colleagues he connected with over the years. Not to be overshadowed by
him being crowned the North Attleborough Wendy’s very first employee of the month – check it
out, his name is still on the wall.

Josh enjoyed robot zombie apocalypse fiery explosive space action movies, yes, all in one
movie. He loved playing games; he was a fierce beer pong opponent, a worthy billiard pool
partner, and a competitive card player. Josh loved outdoor activities…camping, exploring, being
near the water, extreme golf-cart off-roading, and a good firepit session. Josh had a very curious
and analytical mind; he enjoyed problem solving and fixing anything that was fueled or powered.
Josh in Home Depot was like a kid at Toys R Us! He would get lost for hours, looking at every
tool and dreaming about what he could do with it. Josh loved to laugh and to make others laugh,
often at his own expense. He had a sensitive soul that kids and animals alike always gravitated
towards.

Josh’s 40 years were filled with priceless and long-lasting memories that will live forward in the
hearts and minds of his family and friends forever. He will be greatly missed.
Please join us to celebrate his life and legacy on January 28th from 5:00 PM to 10:00 PM