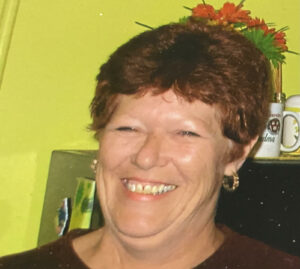 Passed away unexpectedly Tuesday October 5th at Whidden Memorial Hospital In Everett, Massachusetts. She was born May 24,1952 in Washington DC. She was a lifelong resident of Malden Massachusetts, where she was devoted to raising her children and to her many friends. She was preceded in death by Her Father Reid A. Ross Sr., Her Mother Veronica P. (Nagle) Ross as well four of her siblings Patrick Ross, Reid A. Ross Jr., Jennifer Webber (Ross) and Kathleen Ferguson (Ross). She is survived by her Loving Life Partner of 30 years Robert Bishop of Malden Massachusetts her children Theresa Ciavarro of Georgia, Christine Qualls of Arizona and Neal Ronald of Maine, her Grandchildren Kaitlyn Ronald of Arizona, Christopher Ronald of Arizona, Pauline Qualls of Arizona, Marissa Shannon of Georgia and Jessica Ciavarro of Georgia, her Brother John Ross of Londonderry NH. She is also survived by Julia Henriquez of Salem NH, Steven Lippi of Malden, and Grandchildren by love Lucas Henriquez and Sophia Henriquez of Salem NH. Susan will be laid to rest Monday October 18 at the Forest Dale Cemetery in Malden. Followed by a Celebration of Life.