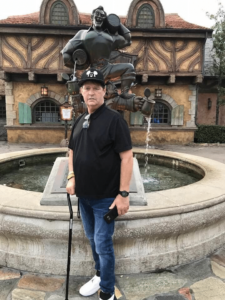 Anthony Joseph Odoardi Sr. was born February 3rd, 1959, and passed away on October 13th, 2020 after a long battle with cancer. A union laborer for two and a half decades, Anthony was 61 years old at the time of his passing, and spent 31 of these years married to his surviving spouse Linda Odoardi. Anthony and Linda divided their time between their Mansfield and Florida residences.
In addition to being survived by his spouse Linda, Anthony has two sons Anthony Odoardi Jr. and Bryan Odoardi. Anthony shared his life with his parents Richie Odoardi, and Joyce (Manning) Odoardi of Peabody, as well as his parents in-law Bob and the late Lucy Clifford of Mansfield. He is survived by his siblings and their spouses Stephen and Gina Odoardi of Florida, Dennis and Cheri Odoardi, Michael and Magally Odoardi, Christina Odoardi Sierra, Angela Odoardi Mickunas, and Diana Odoardi; his brothers “Little Richie,” Big Richie, Bobby Odoardi, and Janet Odoardi have since passed. Through his marriage, he gained his siblings in-law Carol Clifford, Bill Clifford, Andrea Clifford, Bobby Clifford, and Karen Russo; Anthony also had so many nieces and nephews that he loved dearly.
Services will be held October 30th, 2020 at 11am at St. Mary’s church in Mansfield for family and friends.