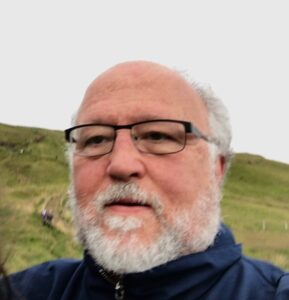 Peter Gaveras, 62, of Foxboro, Massachusetts passed away, Tuesday, December
4th, 2018 at Care Dimensions Hospice House in Lincoln, MA. Born September
10th, 1956 in Chicago Illinois to parents Helen and George Gaveras. Peter
received his B.A. from Northwestern University in 1978 and received his J.D. and
L.L.M. from Depaul University Law School in 1983 and 1988 respectively.
Additionally, Peter spoke Greek, Swedish, and German. He also enjoyed cooking,
visiting family in Greece, spending time with and competing in dog shows with
his dogs Scout and Obi.

Peter was a beloved husband to Mary Merriam and loving father of Eleni and Lee
Gaveras; brother of Stacey (Pierre) Sauvageau and Kathy (George) Londos; uncle of Elisabeth,
Eleni and George Sauvageau and Demetra Londos; stepfather of Robin and Scott
Merriam; step-grandfather of Sylvan Haggis and Gwen and Emma Sorrel.

A memorial service for Peter will be held on Saturday, December 15, 2018 at the home of Kathy and George Londos. Family and friends are invited to attend and visit with family from 4-8p.m. at 2012 Burr Oak Drive East, Glenview, Illinois 60025

In lieu of flowers donations may be made online at Peter’s memorial page to MSPCA/Angell at: https://tributes-to-support-mspca-angell-in-memory-honor-or-cel.everydayhero.com/us/in-memory-of-peter-gaveras?fbclid=IwAR3jBw7zMqo_vDWwovaRYgmHUlxoRUYz6-HZ7DWk0gkdTWYcPg69yGBQ0wE

“I want to step through the door full of curiosity, wondering what it is going to be
like. …I look upon time as no more than idea and I consider eternity as another
possibility.” When Death Comes, by Mary Oliver