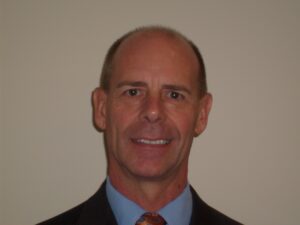 Peter S. Fletcher, 63, passed away at his Boston home on February 27, 2018. He was born in Lowell, MA on January 12, 1955 to Jean E. Fletcher of Southampton, MA and the late George S. Fletcher of Westford, MA. In addition to his mother, Peter is survived by his loving partner of eight years, Christopher Hartmann of Boston, MA. He also leaves his four siblings, Sandra Laprade of North Grafton, MA and her partner Randy Allmon, Janet Palermo and her husband Michael of Nashua, NH, Robert Fletcher and his wife Cheryl of Southampton, MA, and Lauren Fletcher of Hudson, NH. Peter will be especially missed by his many nieces and nephews, as well as several great nieces and great nephews. He also leaves an incredible inner circle of close friends and a second family at First Republic Bank.

Peter was a 1973 graduate of Westford Academy. In 1976, he earned a Bachelor of Science in Agriculture from Kansas State University, where he majored in Dairy Production. He later went on to earn a Master’s of Business Administration in 2000 from Rivier University.

Peter’s love for agriculture originated from the family dairy farm, Stoney Brook Acres, formerly of Westford, MA. He grew up working alongside his father and brother through the late eighties until the farm was sold. Endless stories of days on the farm could always be heard at family gatherings, and Peter was notoriously quick with a sarcastic comment for the group.

Peter served on the Westford Planning Board from 1982–2007. He was also a member of the Westford Rotary Club and the AgriMark Young Cooperators for many years.

In addition to Stoney Brook Acres, Peter’s career later extended to real estate and banking. He was previously employed at Northern Bank and Trust in Westford, MA and Hudson National Bank in Hudson, MA for several years. Peter found his second family with First Republic Bank in Boston, where he worked for over ten years. He is best described as a true gentleman and gentle soul who touched the lives of both colleagues and clients alike. He was a leader to many at First Republic and will be missed dearly. He managed two different offices as Branch Manager and Sales and Service Manager during his time with the bank, and was instrumental in building and leading the Back Bay office which is now the flagship location in Boston.

Peter was truly one of a kind and will always be remembered for his incredible sense of humor and strong work ethic. He fought a courageous battle with leukemia for the past four years, yet his optimism and good humor never failed to impress those who knew and loved him. Peter’s sense of style was second to none. His nieces and great nieces will forever rave about how their “Uncle Peter Dresses” were the best gifts at every Christmas. He enjoyed fine dining and was always ready with a recommendation for a night out on the town.

Peter’s friends and family would like to extend their sincerest appreciation to the amazing Lunder 10 team at Massachusetts General Hospital. His time there was never easy, but his medical providers and support staff showed care and compassion beyond all expectations.

A memorial service in honor of Peter will be held on Saturday, March 10, 2018 at St. Mark’s Episcopal Church in Westford, MA at 1:00pm with a luncheon to follow. In lieu of flowers, donations can be made to:

Caring for a Cure In loving memory of Peter Fletcher