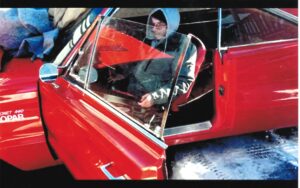 Robert “Bob Jolly” Jolliemore, 63, of Revere, MA and formerly of Dorchester, MA passed away Friday, October 19, 2018 with his loving family by his side.

Robert had a passion for cars all his life and finally got to build one his dream cars, he finished his 440 engine for his 1966 Coronet and with his untimely passing didn’t get a chance to enjoy it.

All are invited to attend a Celebration of Robert’s life on Monday, November 5, 2018 from 9am until noon at Boston Cremation, 287 Main Street, Malden, MA 02148.