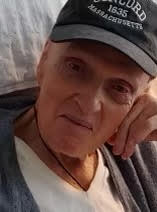 Robert “Bob” Arafe, 92, passed away on December 6, 2022, after a brief illness, surrounded by his family.  Bob grew up playing baseball in Franklin Park where his love for baseball and the Red Sox began. He often stood outside Fenway Park, waiting for players, hoping to get Ted Williams’ autograph. Although he never got Ted Williams’ signature, he was lucky enough to get Cy Young’s. As a young boy, Bob was known to be a prankster, a trait that continued into his golden years. Bob attended Military school in Bordentown, New Jersey and then graduated from Boston Latin High School. Bob became an avid weightlifter and was committed to his discipline. Bob joined the National Guard and then went on to earn a bachelor’s degree from Northeastern University.  In 1952, Bob went on a blind date with the lovely Claire Altman. As he walked up the path to meet her, Claire reportedly told her mother  “that’s the man I am going to marry.”  In 1954 Bob and Claire were married. She was the love of his life until her passing in 1981. Together they had five children. Bob recalls this time as the happiest times of his life. He was a “hands-on” Dad and instilled the importance of a strong work ethic and the value of an education. He passed on to his children the importance of independence, integrity, and respect for others.  Bob loved the challenge of working and ran his own business, US Mat & Rubber Corporation, into his 86th year.  Following his retirement, Bob enjoyed spending time with his family and was passionate about politics, music, and sports.  As the holiday season approaches, we will remember our family tradition of watching “It’s a Wonderful Life.” We celebrate our Dad for a life well lived and will cherish a lifetime of love and memories. A celebration of Life will be planned in Spring 2023.

Bob Arafe is survived by his children Penny Arafe and her husband Jay Kacena of Missouri, Bruce Arafe of Newton, Cindy Amicangioli and her husband James of Wellesley, Tammy Arafe and her fiancé Russell Gay of Winchester. He leaves behind his beloved grandchildren Robert Amicangioli of Wellesley, Nicole Summerall and her husband Kermit, their children Anna, Hudson, and Will all of Missouri.  He is also survived by his sister Joan Karol of Brookline, his step granddaughter Bethani Romaine-Winder of Maryland and several other step grandchildren who lovingly referred to him as “Pops”.  Bob was the father of the late Kenneth Arafe and husband of the late Claire Arafe and the late Mary Zorns.