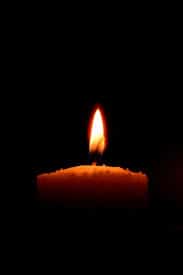 Robert “Bob” Tilton Johnson 1927-2021 left this earth Friday the 12 th of November after a brief illness.
He is predeceased by his Wife, Irene and after her death, his wife Shirley. He enjoyed many years with
his late companion Lorraine. He also leaves his beloved canine companion “Missi” that passed several
months before him. He leaves 4 children, J. Mark Johnson and his wife Mary Anne of N. Billerica. Gary
Johnson and his wife Diane of Rowley, Nancy Perry of Swampscott and Tamara “Tammy” Johnson of
Beverly. He also leaves 7 grandchildren, Kellie Denoncourt, Sally and her husband Russell Small, Todd
and his wife Heather Trull and Jenna and her husband Owen MacDonald, Cody and his wife Meghan
Johnson, Conor Johnson and Stephanie Johnson. 10 great grandchildren and 7 great great
grandchildren.

Bob worked hard to provide for his family by working at General Electric till he retired to Dennis Ma on
Cape Cod. He also was co-owner of Sherwood Realty in Swampscott during his earlier years. Bob was a
gentleman and a gentle man and made friends everywhere he went. He had a love of music and
enjoyed dancing tap and ballroom till he was 91 years of age. Bob always tried to help the “lost” soul in
life. He was an advocate for drug reform in Danvers Ma and helped many young people reach sobriety
through various programs. He continued to emulate this by taking on the persona of “Emmett Kelly”, a
theatrical clown that my father related to. Always willing to pick up and dust off the poor and needy.
He sponsored the children needy in Africa and sponsored children of Native American decent
Later in life he was on a bowling league and played poker with the Arlington Men’s Club which met in
Woburn. He enjoyed golfing with his two sons and holidays with his family always bringing scratch cards
for everyone!

Bob had a quick but dry wit and was always the life of the party. He enjoyed soaking up the sun and
sipping a cold beer.

He had perfected being a genuine great guy. He will be missed as he is loved by many.
Private services will be held.