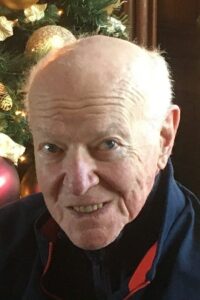 Ronald Birkenfeld passed away peacefully at his home on December 25, 2020, aged 87, with his
wife Pamela at his side. Ron was a noted neurosurgeon, having practiced in the Boston area for
55 years until his retirement in 2017.

Ron was born in Philadelphia to Russian/Ukrainian immigrants who arrived with nothing but
hope for a better life. Despite his humble beginnings, Ron had the good fortune to attend
Westtown School in Westtown, Pennsylvania. The Quaker education Ron received at Westtown
influenced the rest of his life. His time at Westtown also provided Ron with schoolboy exploits
and life lessons that he shared long after graduation. Ron was a staunch supporter of the school,
maintaining lasting friendships with his former classmates.

Ron attended Cornell University, where he was a varsity soccer team member. While at Cornell
as a pre-med student, Ron was known for leaving dissected creatures lying around his apartment.
Having forgiven him for that annoying trait, Ron’s roommates became lifelong pals.
After medical school at Hahnemann Medical College in Philadelphia, Ron went on to be Chief
Neurosurgical Resident at Dartmouth College, and he subsequently served as a neurosurgical
Fellow at Yale University. He was also a Resident at Children’s Hospital and at Peter Bent
Brigham in Boston.

In 1964, Ron joined a neurosurgical practice in Boston and later became Chief of the
Neurosurgical Department at Carney Hospital. As an adjunct faculty member at Harvard Medical
School, Ron instructed interns and residents worldwide. Ron’s engaging style made him a
revered teacher able to impart both practical and technical knowledge to his students. In 1995,
Ron launched his practice at BID Milton Hospital in Milton, Massachusetts, where he continued
to practice until his retirement. He loved working in an excellent community hospital with great
colleagues and staff, as well as a supportive administration.

Knowing Ron’s outstanding reputation, New England Patriots head coach Chuck Fairbanks
reached out to him in 1978 after wide receiver Daryll Stingley suffered a career-ending neck
injury. For several years after that, Ron served as the neurosurgical consultant to the Patriots.
Ron was a natural athlete and a fierce but fair competitor. An excellent tennis player, Ron
supported the Original Nine women tennis players as they struggled to gain parity and play in the
Virginia Slims tournaments. Through these efforts, Ron developed close and enduring
relationships with Rosie Casals and Billie Jean King.

One of Ron’s greatest pleasures was sailing with Pam on their boats Aqua Vite and Endorphin.
They spent many joyous days together sailing all around New England and the Caribbean. Ron
was known to other sailors as a steadfast and reliable helmsman and a master of dead reckoning,
arriving in the fog right on the mark. Ron honed this skill well before the advent of GPS. Like
many sailors, Ron was a raconteur and often regaled friends and family with uproarious accounts
of his sailing adventures. A member of the New York Yacht Club, Ron especially loved its
beautiful clubhouse in Newport and its accommodating staff.

Ron was a true renaissance man, having a soaring intellect and a wealth of knowledge on a wide
range of topics—from sports and classical music to history and science. Never one to flaunt his
many talents, Ron’s kindness and easygoing manner always made others feel respected and
comfortable.

He leaves his wife, Pamela, of Canton, MA; his sons, David of Seattle, WA; Douglas and his
wife, Antje, of Weymouth, MA; and Bradley of Malta, and granddaughters Nina and Carolyn of
Seattle, WA. Pamela& Ron’s stepsons Carey (Angela) and Kevin (Molly) Baker and their families
loved and admired Ron. Their sons, Brandon, Dylan, and Dakota, adored “Captain Ron”. Ron
was predeceased by his father, Max; his mother, Celia; his stepmother, Paula; and his first wife,
Jere.

A celebratory memorial of a life well lived will take place when it is safe. In lieu of flowers,
please send donations in Ron’s memory to either Westtown School, www.Westtown.edu, or BID
Milton Hospital, www.bidmilton.org. Mailing addresses are available on the websites or by
calling. If you’d prefer, please feel free to give to the charity of your choice.