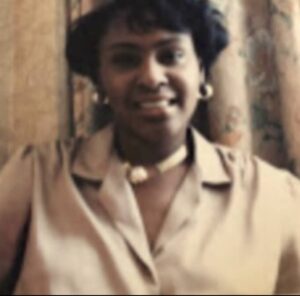 Sharron Marie Busby was born on March 04, 1962 to Florence Strother and Warren Busby. She was the youngest of five siblings and is survived by sister Marilynn ,her only daughter Brianna Busby, her beloved cousins, nieces and nephews. Sharron was an incredibly kind and well-read human being who thoroughly enjoyed the arts and academia. Her greatest love in life was music and she graced the world with her voice as a singer. She was fond of all genres of music but had a special love for Jazz and R&B. In her prime she sang with The New World Band and The Shades of Brown in Boston, MA.

She attended Lexington high school and worked at a number of jobs throughout her life. She lived in Texas for a period of time where she worked at American Airlines as a Reservationist. She eventually moved back home to Boston, MA and had her daughter. A few years later she moved to Wareham, MA where she was a valued member of the community and became a leader for the town’s chapter of the Girl Scouts. In 2015 she moved to Lakeville, MA where she spent the remainder of her life. She passed away peacefully on October 08, 2021. She will be sorely missed by her family and loved ones.