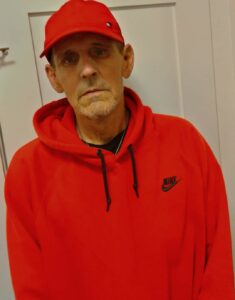 Sweeney, Stafford (Staff), age 65, of Somerville, Massachusetts passed away on Tuesday, November 29, 2022 of a heart attack after a year long battle with multiple health conditions.  He was predeceased by his wife, Linda Lane Sweeney of Somerville, MA, his father, Bernard Sweeney of Calais, ME and his mother, Lottie Campbell.  He is survived by his loving son, Keith Richardson of Somerville (and his mother Martha Clark), son, Kevin Sweeney of New Hampshire, sister, Cheryl Cooper of Nashua, NH and brother, Sherwood Pulk and his wife Wong, of Clinton, MD, brother, Larry Sweeney of Calais, ME, brother, Wayne Sweeney and his wife Andrea of Bangor, ME, and brother, Glenn Campbell and his wife Dez of Virginia Beach, VA.  He is also survived by many nieces, nephews, cousins, grandchildren, as well as many loving friends, relatives, neighbors and kind care workers.

Staff was a hardworking, caring man, with a great heart and sense of humor.  He was the type of person that would give you the shirt off his back, if he knew it would help you.  He grew up in Calais, ME and loved climbing trees and playing outside as a kid.  He moved to Massachusetts when he was nine years old, where he loved playing stickball, acting in school plays and being a lifeguard at the Charlestown Boys Club.  As he grew older, he enjoyed working out in the yard, painting and working hard at sanding floors for a living.  You could often find him taking his young son and nieces/nephews to Boston Common for picnics and Swan Boats.  Later in life, he enjoyed watching old movies with his son, doing puzzles, sharing old stories on the phone with his sister, and reading suspense thrillers.  He took great care of his elderly neighbors by shoveling for them and helping them with other tasks.  He will be greatly missed.

A private memorial service for the family is planned for the Spring.