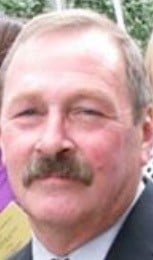 Stephen M. Spindel, 63, of Framingham passed away after a brief illness on May 31, 2017 at MetroWest Medical Center. He was surrounded by his family. Stephen was born in Milford, MA to the late Earl and Jean Spindel.

Steve was employed by D and D Mulch and Landscaping for 15 years. He always considered them not just friends but family.
Steve enjoyed in his spare time restoring old cars and spending time with his family.
Steve was a gentle, kind man with an infectious laugh and great smile.