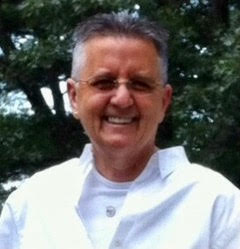 Susan Joy Roberts, was born to Walter and Barbara Roberts in Everett, Massachusetts, later moving to Rockland, Beacon Hill, Braintree, and Framingham before settling in Natick. She began her career at the Arthur D. Little Research Laboratory in 1980. She also worked at Kendall International in Mansfield. From 1988 until her retirement in 2014 she worked at Haemonetics Corporation as a Medical Technical Engineer. She was known for precision, an essential quality for working in a medical laboratory; her preciseness led her to hold part of a patent for Haemonetics Cell Saver. She often mentored her colleagues in building their own careers, expecting the best from herself and others. Susan loved her dogs, her home, her boats and fast cars. In spite of her dislike of flying, she traveled to Switzerland, Germany, France, Scotland, Puerto Rico, Mexico, and Florida.

Susan had a hard-fought battle with lung cancer for over five years with the help of an extraordinary team of doctors, nurse practitioners, doctor assistants, and many nurses and volunteers at the Dana Farber Cancer Institute.
Susan met Pearl Weinstein in 1986 at a 12-Step recovery meeting, and they became partners in 1987. One of the happiest moments in Susan’s life was getting legally married to Pearl in the summer of 2013, in a ceremony officiated by Judy Cohen.
Susan is lovingly remembered by her wife Pearl; her sister-n-law, Sara; brother-in-law, Scot and his wife Judy; brother-in-law Marc and his wife Sheryl; her sister Paula and husband Frederick; brother George; brother James and his husband Stephen; sister Betty; Robin and her husband Bob; and brother Mark and his wife Maureen and many nieces, nephews and great nieces and great nephews. She is predeceased by her mother, Barbara and father, Walter and brother Walter Jr., and mother-in-law, Anna.
Susan was exceptionally loyal to her friends, and in September 1974 she moved to North Carolina, to help her good friend Laurie raise her children. She was wonderfully supportive to Laurie and tremendously nurturing to the children: Corey, Kelly and Charlie. They remain extended family and Susan had a loving relationship with their children.
We have lost a bright light in our lives. Susan’s unwavering loyalty, sense of fun, her energy, and her tremendous generosity brought happiness to her family and friends, and she will be deeply missed.
May her memory be a blessing for us all. Plans for a virtual celebration of her life will be announced in the spring.
In lieu of flowers, memorial donations may be made to:
Dana Farber Cancer Institute
450 Brookline Avenue
Boston, MA 02215-5450
Or to your favorite cause.