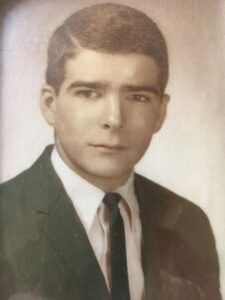 Tom Queenan (“TQ”) of Haverhill, MA went to his final rest on Monday, Sept. 15 th
after a lengthy illness.

Tom, 69, had lived in Haverhill and the surrounding area for over 35 years.

He is survived by an extended family and remembered fondly by a broad and varied network of
friends from all walks of life.

One group of friends is comprised of those he made during his lengthy career in the professional
sports/hospitality industry.

From his days at the Blades and Boards Club at the old Boston Garden through his 26 years with
the Red Sox, Tom “rubbed elbows” with many of the City’s most heralded sports stars, and became
friends with many professional athletes.

He also was part of an extraordinary and wonderful “Red Sox Family” comprised of co-workers
and fans alike. From the owners to the ground crew, Tom greeted all with a winning smile and a helping
hand.

Tom’s years with the Red Sox took him through disappointing seasons and through the recent
World Series triumphs. No matter the team’s record, he always took pride in his years in “Major League
Baseball.”

Along with his family and work related friends, Tom cherished being part of a tight-knit group of
contemporaries (“the guys”) from his old home town, Winthrop.

A 1968 graduate of Winthrop High School, and a stand-out, award-winning goalie for the
Vikings, he was deservedly proud to have been part of the Town’s storied sports heritage. He also
enjoyed recalling the unique opportunity he had while in his early 20’s to serve as a goalie for the Bruins
during a week-long practice stint in Winthrop.

As Tom came into age in the late 60’s and early 70’s, he and “the guys” were part of a very
profound social, musical, and cultural upheaval. Suffice it to say, Tom enjoyed those days to the fullest.

Lastly, as to “the guys,” during his final days, he took great comfort in recollecting time spent
(and misspent) with them. May he rest in Peace.

A Celebration of Life (with a funky soundtrack) will be held when circumstances permit.